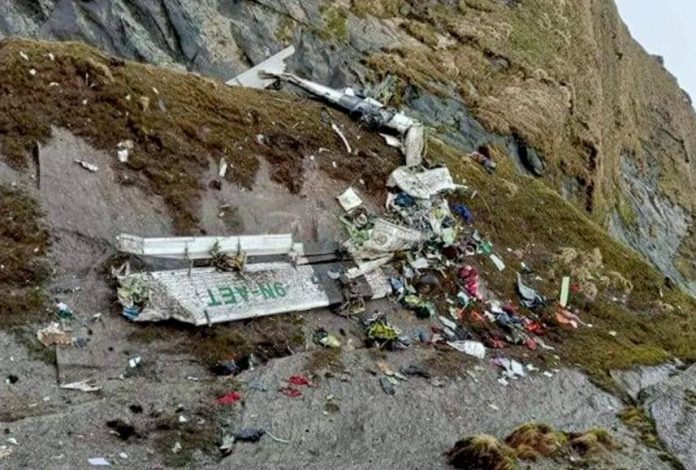 KATHMANDU. KazUnite – Fourteen bodies have been recovered from the crash site of a Nepali passenger plane in a remote hilly area in Nepal’s Mustang district, the Civil Aviation Authority of Nepal said on Monday.

«Fourteen dead bodies have been recovered from the site but their identity is yet to be revealed,» the aviation agency said in a statement, Xinhua reports.

The ill-fated Twin Otter plane was carrying 19 passengers and three crew members when it lost contact on Sunday morning, minutes after taking off from the Nepali city of Pokhara for a journey to the mountain town of Jomsom in Mustang district. Four Indians and two Germans were aboard the plane.

Poor weather conditions have hampered the search and rescue operation led by the Nepali Army.

An 11-member rescue team is at the crash site recovering the victims’ bodies, and due to bad weather conditions no other teams have been able to fly to the site, Netra Prasad Sharma, chief district officer of Mustang, told Xinhua.

«The place is cloudy, leading to poor visibility», he said.