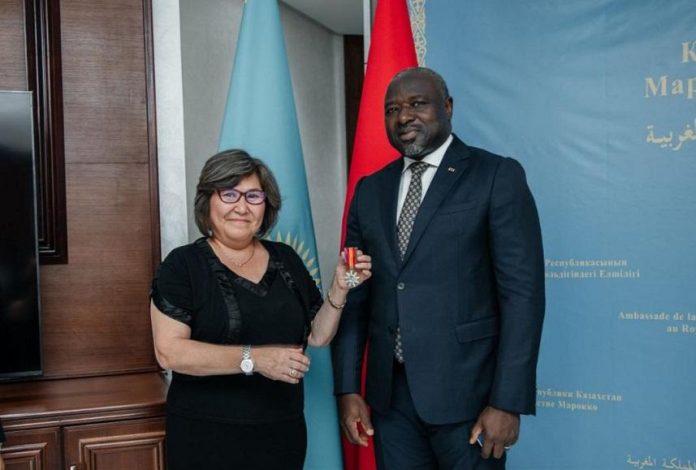 RABAT. KazUnite – Lassina Zerbo, the former Executive Secretary of the Comprehensive Nuclear-Test-Ban Treaty Organization (CTBTO), was awarded the Second Degree Order of Dostyk (Friendship), at a ceremony at the Embassy of Kazakhstan in Morocco, KazUnite cites the press service of the Kazakh MFA.

Presenting the award, Kazakhstan’s Ambassador Saulekul Sailaukyzy noted Dr. Zerbo’s fruitful work in leading the CTBTO and his active work in implementing the international organization’s mandate. In his own turn, he warmly thanked Kazakhstan for the recognition of his contribution to nuclear disarmament and nonproliferation and wished the country peace, prosperity and success at the new stage of its development.

The event, attended by representatives of the diplomatic corps, academia and the media, featured a thematic photo exhibition and screening of a documentary film on Kazakhstan’s role in the international efforts for global and regional security. The Kazakh diplomat briefed the audience about the constitutional reforms in our country, the course of preparations to the 7th Congress of Leaders of World and Traditional Religions and the 6th Summit of the Conference on Interaction and Confidence Building Measures in Asia as well as with the relevant aspects of Kazakhstan’s cooperation with Morocco and other countries of the African continent.

A geophysicist and politician from Burkina Faso, Lassina Zerbo led the CTBTO in 2013-2021, is an honorary citizen of Hiroshima and a recipient of the 2019 Nazarbayev Prize for a Nuclear-Weapon-Free World and Global Security. 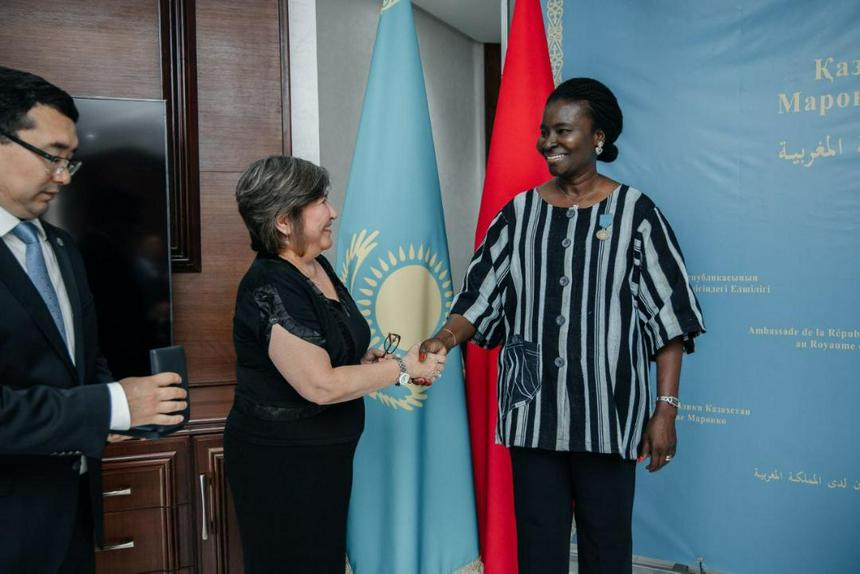