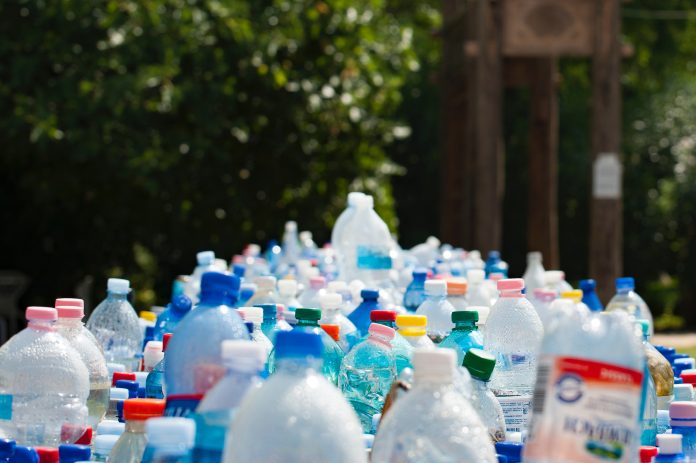 KazUnite – According to the members of the international campaign Zero Waste Week, the world’s beauty industry annually produces 120 billion packages. Most of them are not recyclable.

Non-recyclable packaging is plastic bottles and plastic bags of beauty products. So where do they go after being used? They are buried in the landfill or released into the water. For example, the oceans and seas seem to “receive” more than 8 million tons of plastic a year. At this rate, by 2050, there will be more plastic in the water than fish, and 99% of marine creatures will have been eating plastic.

David Attenborough, a British TV presenter and naturalist, says he saw albatrosses feeding their chicks with plastic during the filming of the BBC’s seven-part documentary Blue Planet II. “Normally, female albatrosses stay away from their nests for three weeks in search of food. When they come, they don’t bite the squid with their beaks, they bite the plastic and give it to the chicks,” he said.

If you think that plastic does not harm people, you are wrong. Scientists at the University of Ghent say that we are “eating” and ingesting plastic with water today. If you are a fan of seafood, it means your stomach “hosts” about 11 thousand microplastics each year today.

In 2017, the University of Minnesota and Orb Media conducted a study of drinking water in
more than 10 countries. As a result, they found out that an amount of plastic fibers in the sampled water droplets formed 83%. This means that billions of people are consuming plastic particles along with water.

It is comforting that due to the recent public interest in eco-brands, cosmetics companies have also moved ahead to make their products much safer for nature. Aveda was the first to replace 85% of skin and hair product packaging with recyclable bioplastics. Edmond Irizzeri, the brand’s executive director of packaging, told the journalists from the newspaper called “The Independent” that “soon we will have the opportunity to make a new type of bioplastic from cow dung.”

The British company Neal’s Yard Remedies is no exception. The brand promises to make all the exterior and packaging of all its products 100% recyclable by 2050. According to the head of the company Louise Green, part of the responsibility of addressing this problem lies with consumers. “It seems that conscious consumerism is needed. For example, many of us are deceived by the advertisement “if you buy one, the other is free” and buy things even if we don’t need them. They will soon go to the trash,” said Green. The representatives of the Lush brand agree with him. As a way to solve this problem, the company intends to continue to train store consultants who will help consumers buy only the products they need.

Now, look at the following interesting phenomenon. According to a poll conducted by The Independent, 62% of the British population prefer to pay more for environmentally friendly bamboo earbuds. They were also offered Lush eco-shampoo, which costs £ 7 and a half , and Head and Добавлено примечание ([U1]): What is it? 7.50?

Shoulders, which costs £ 1. However, while there were enough “Britons” willing to sacrifice money for environmentally friendly products, in the end, some of them did not participate in the processing of these substances. For example, in a survey commissioned by Garnier, half of the respondents, and a survey conducted by TerraCycle, found out that 4 and a half million Britons do not send their empty toiletries to recycle.

Greenpeace Unearthed has warned that recyclable plastics are not delivered to the recycling facility due to the above-mentioned phenomenon. For example, recyclable waste from the United Kingdom and other Western countries is now being dumped in illegal landfills in Malaysia. Therefore, the name “recyclable plastic” does not mean that the product is really recyclable.

Richard Thompson, a professor at the University of Plymouth, suggests a solution to this problem.

“The recyclable labeling system does not fully meet our goals. If we want it to be so, not in words, but in deeds, we should include information on how to send it for recycling, that is, provide information about local recycling sites,” he said.

Unfortunately, the society is not familiar with it. Currently, some large companies, such as Boots, are working with special focus groups to regulate consumer participation by showing recycling instructions on the packaging of the products they sell. In addition, MAC provides one free lipstick to anyone who brings six empty tubes of lipstick.

Similarly, you can reduce the amount on your check by 20% by taking an empty bottle of your old perfume to a Le Labo perfume shop and refilling it. And the Kiehl brand gives one small product as a gift to a person who sells 10 containers of large products. Recently, companies such as Hourglass and Dior have launched refillable lipsticks.

Rachel Strauss, founder of Zero Waste Week, said: “Some coffee shops offer a discount of 25 pence for a trip with your own dishes. Why don’t we introduce such practices when buying shampoos and hair conditioners, one of the most widely used cosmetics?” he says.

In short, it is not enough for a cosmetic package to be a “recyclable product”, it needs other additional measures to fully fulfill its “mission to be environmentally friendly”. So far, only a few brands in the European beauty industry are moving in this direction.

In a word, it is not enough for a cosmetic package to be a “recyclable product”, it needs other additional measures to fully fulfill its “mission to be environmentally friendly”. So far, only a few brands in the European beauty industry are moving in this direction. But will we follow this task as a customers?