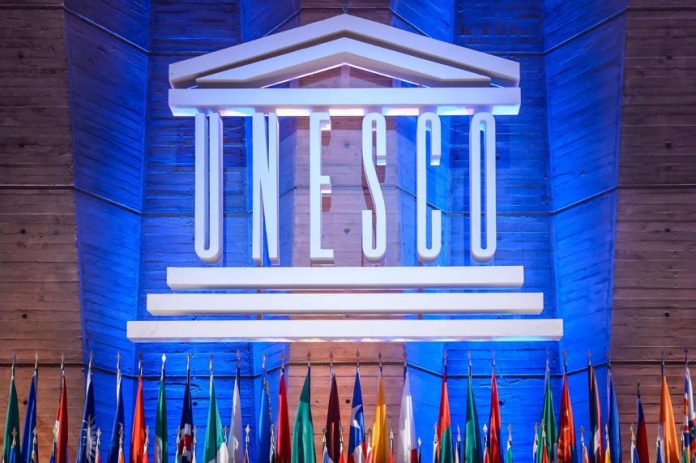 NUR-SULTAN. KazUnite – Thirty years ago on May 22, Kazakhstan has become a member of the United Nations Educational, Scientific and Cultural Organization (UNESCO), a significant milestone for Kazakhstan’s foreign policy development. More about the bilateral partnership since then and key achievements is in the latest analytical article of Kazinform.

UNESCO has advocated building peace through international cooperation by offering its expertise in the fields of education, the sciences, and culture.

«Since Kazakhstan joined UNESCO on May 22, 1992, right after its independence, the country has become an important player in building a true culture of peace through education, science, culture, and communication,» said UNESCO Director-General Audrey Azoulay in her congratulatory message.

Kazakhstan’s National Commission for UNESCO and Islamic Educational, Scientific and Cultural Organization (ISESCO) coordinates cooperation with the organization. The country is a party to 15 international conventions under the auspices of UNESCO.

«The vitality of our cooperation is clear in the promotion of heritage in all its forms, as evidenced by the numerous inscriptions on the World Heritage Lists. For 30 years, UNESCO has stood with Kazakhstan to advance the country’s commitment to multilateralism and achieving the goals of the 2030 Agenda,» said Azoulay, who reaffirmed UNESCO’s commitment to continuing the work as the world faces new challenges on multiple fronts.

Kazakhstan has 5 properties inscribed on the UNESCO World Heritage List, which ensures legal protection of the sites that are designated as having «outstanding universal value» based on the 1972 Convention concerning the Protection of the World Cultural and Natural Heritage. There are currently 1,154 properties across 167 countries on the list.

To be eligible to include sites on the list requires a country to ratify the convention. Kazakhstan ratified the convention in April 1994.

Submitting a bid to include sites on the list is a very long process, Secretary-General of the National Commission to UNESCO and ICESCO Aliya Baisabayeva told Kazinform.

«To determine the possibility of including a particular monument in this prestigious UNESCO List, complex work is carried out, involving experts from various fields of knowledge. The work or even, in fact, the scientific complex research carried out for the purpose of preparing the nomination dossier is a very long and, one might say, filigree process. An extremely complex task,» she said in an interview for this story.

According to her, preparing documentation for the Silk Road: Chang’an-Tian Shan Corridor alone, which was included in the World Heritage List in 2014, took 10 years.

«Ten years of joint efforts of government agencies, international and domestic specialists, and international expert organizations. A group of specialists began preparing this transnational serial nomination in 2005. As a result – a triumph! The inclusion of the site in the UNESCO List is an unforgettable moment – the joy and congratulations of all present at the session of the World Heritage Committee of the representatives of more than 190 states that have ratified the 1972 Convention,» said Baisabayeva.

She also said that in some cases, expert meetings initiate the inclusion of sites in the list.

«For example, in the early 2000s, under the auspices of the International Union for Conservation of Nature meetings of Central Asian experts were held, which resulted in the identification of areas for inclusion in the World Heritage List. Two natural sites, Saryarka and Western Tien Shan were included in this list of recommended areas,» said Baisabayeva.

According to her, the evaluation by the UNESCO alone takes two years and includes such procedures as a preliminary review of the nomination in terms of completeness of the submitted data, examination of the dossier by a group of independent experts, sending International Council on Monuments and Sites field mission to each nominated monument, and expert meetings at different levels.

«Certainly, at such moments one feels that this is not only prestige in the international arena, not only pride in the homeland but also the realization of what a priceless treasure, recognized by everyone unconditionally, like the greatest jewel, bequeathed to all of us by our ancestors. Priceless and fragile,» she said.

Inscribing these sites to the UNESCO list promotes greater protection of the country’s heritage.

But Baisabayeva noted the work and the unique object itself cannot be considered in isolation from the state’s obligations for the careful preservation and management of its heritage. This is what Kazakhstan committed to when it ratified the 1972 Convention.

Besides the inscribed objects in the list, there is also a tentative list, an inventory of those properties which each state party intends to consider for nomination. Kazakhstan now has 14 properties on this list.

«Natural, cultural, and very importantly – mixed (natural and cultural) heritage. It should be noted that none of the mixed sites located in the vast territories of the CIS countries, so far has been included in the World Heritage List. Kazakhstan may become the first country to prepare and present such an object because the potential of our country is truly high. Just think of Ulytau, Ustyurt with its magnificent monuments of culture and natural heritage and Burabay,» said Baisabayeva.

She highlighted the Turan Deserts, which is currently under consideration by the UNESCO World Heritage Committee. This is a transboundary site, which Kazakhstan shares with Uzbekistan and Turkmenistan via its Altyn-Emel State Nature Reserve and Barsakelmes State Nature Reserve.

«Scattered over a huge territory, all selected specially protected natural territories represent an example of cold deserts with their peculiar climate, geomorphological features, as well as vegetation and fauna, which were able to adapt to the harsh conditions of this type of desert. If successful, our list of natural sites will have another site with internationally recognized outstanding universal value,» she said.

The World List of Intangible Cultural Heritage encompasses 629 elements from 139 countries. 11 elements are inscribed by Kazakhstan, including seven that it shares with the countries of a common heritage – Nauryz, falconry, toguz kumalak, spiritual and musical heritage of Korkyt-at, aitys, yurt, and baking katyrma. Four elements reflect the heritage of Kazakh culture – spring kumys festival of horse breeders called kymyzmuryndyk, assyk game, kures, a Kazakh type of wrestling and art of playing kui, a dombra composition.

Adopted in October 2003, the UNESCO Convention for the Safeguarding of the Intangible Cultural Heritage is aimed at the preservation, recreation and transmission of the skills and practices of the cultural heritage of the people.

«Their reproduction should echo in the soul of everyone, regardless of their gender, language, cultural and ethnic background, education, and age. The best examples of such heritage are included in the National List, which is developed and supplemented in each country. Kazakhstan’s list includes 53 elements, reflecting the oral epic heritage, traditional knowledge and customs relating to nature and the universe, musical and spectator forms, various types of crafts, hunting, sports games and festivals, traditions and rituals passed down through the centuries in the roll call of generations,» said Baisabayeva.

International Decade for the Rapprochement of Cultures

One of Kazakhstan’s key initiatives at UNESCO was the International Decade for the Rapprochement of Cultures which began in 2013 and ends in 2022. The decade was designed to call on people and nations to join efforts to develop universal global consciousness free from stereotypes and prejudices, which becomes ever more important considering a current surge of conflicts, acts of violence, and intolerance.

It was also Kazakhstan’s initiative back in 2015 to establish the International Center for the Rapprochement of Cultures. Kazakh President Kassym-Jomart Tokayev signed the law ratifying the agreement between the Kazakh Government and UNESCO on the establishment of the center in February 2021.